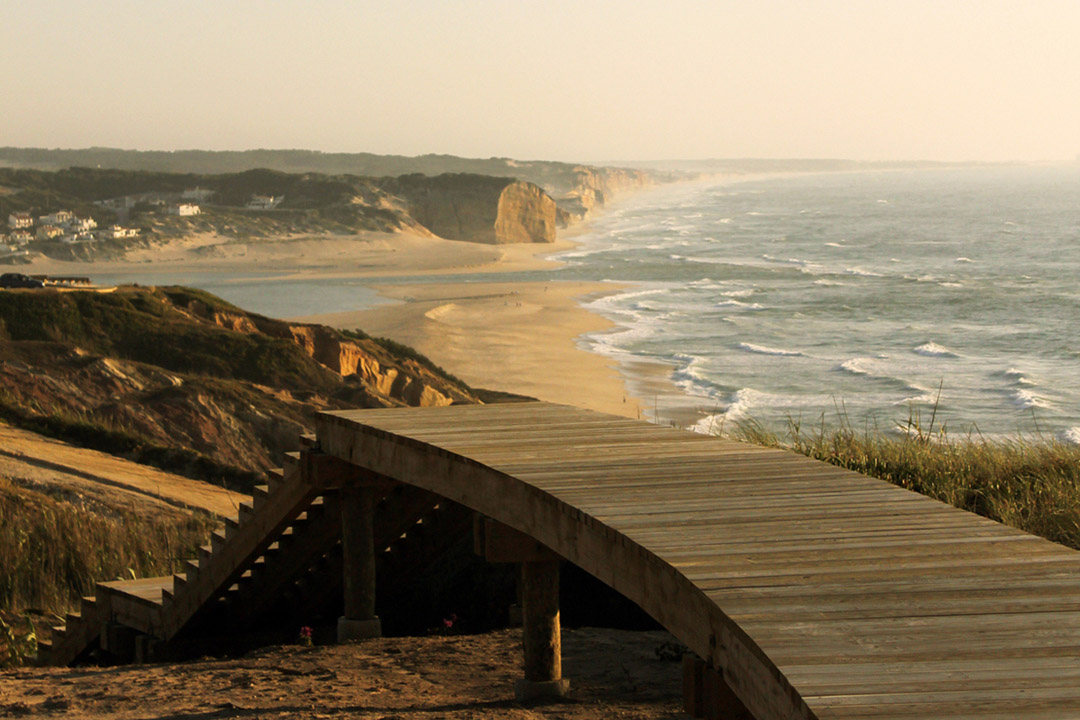 There’s a new way of experiencing the landscape in Foz do Arelho, Portugal. The project “Requalifica??o das Arribas”, that aimed at the first the cliffs and dunes rehabilitation and the transformation of the degraded areas – used as an unsafe parking space for decades, with no regard for it’s character and ecological aspects – created new spaces that allow different forms of connecting to the natural landscape, and was sought to preserve it’s intrinsic values. The natural elements won more expression, while the visitor is invited to relate to a scenic and dramatic landscape.

It’s well known that cliffs and dunes have an enormous ecological sensitivity and are subjected to a natural erosion caused by the sea and wind.
However, over the years it has been observed along this coastline that erosion was largely accelerated by the misuse of these areas. The access to vehicles, the devastation of its vegetation, the large amounts of water coming from the new built surroundings without any control, among other factors, led to its gradual destruction and created dangerous conditions that risked the visitor’s safety.

For a keen observer it was clear that these problems existed and that an urgent intervention was necessary. Drainage should be planned, natural vegetation needed to be reestablished to promote erosion control and conditions should be created for the visitors truly experience the landscape.

Before advancing with sketches, a study was conducted by the University of Lisbon, commissioned by the Municipality of Caldas da Rainha, which defined, after tests carried out on site, the cliffs risk range. It was only based on that information, along with a survey of all the constraints, that the main plan was developed.

For this plan, the main idea found for these problems consisted in the connection of the most significant lookouts with a raised wooden walkway, that would define paths that people can use safely and that would work as a barrier to more sensitive areas. As a result, these areas would be freed to an ecological set of actions that led to the withdrawal of cars, to a controlled drainage, and to the recovery of it’s biophysical dynamics, as first step to restore the native vegetation, so unique and rare. Considering the severe days during winter, some locations were planned to let a small number of cars still go to secure areas near the main road, and enjoy the view.

While thinking of the raised wooden walkway, it was crucial to merge the artificial structure with the natural elements. The walkway should adapt to the existing topography and to be almost invisible from the surroundings. This way, and although the still recent vegetation will grow and turn the structure more discrete, the design was developed thinking of simple patterns, so distinctive of the natural cliff and dune systems: the fractals.

Cliffs are particularly looked as contemplative and reflection spaces. This way, the organic path was built so it could hold different areas of contemplation with different levels, letting the user get to higher view points or merge/weld/fuse with the landscape in more discrete spots. The wide lookouts now divided into small high platforms, allow each individual to have its own space, some privacy, and will include a swivel chair, so that the user can choose where to look.

This project was an important step in the renaturalization of degraded areas, and created conditions for its recovery, which included the replanting of native vegetation. Unfortunately, there’s still a lot to do, regarding a fully control of the invasive species. All materials and construction techniques were chosen considering the ecological aspects, safety and the structure’s durability. 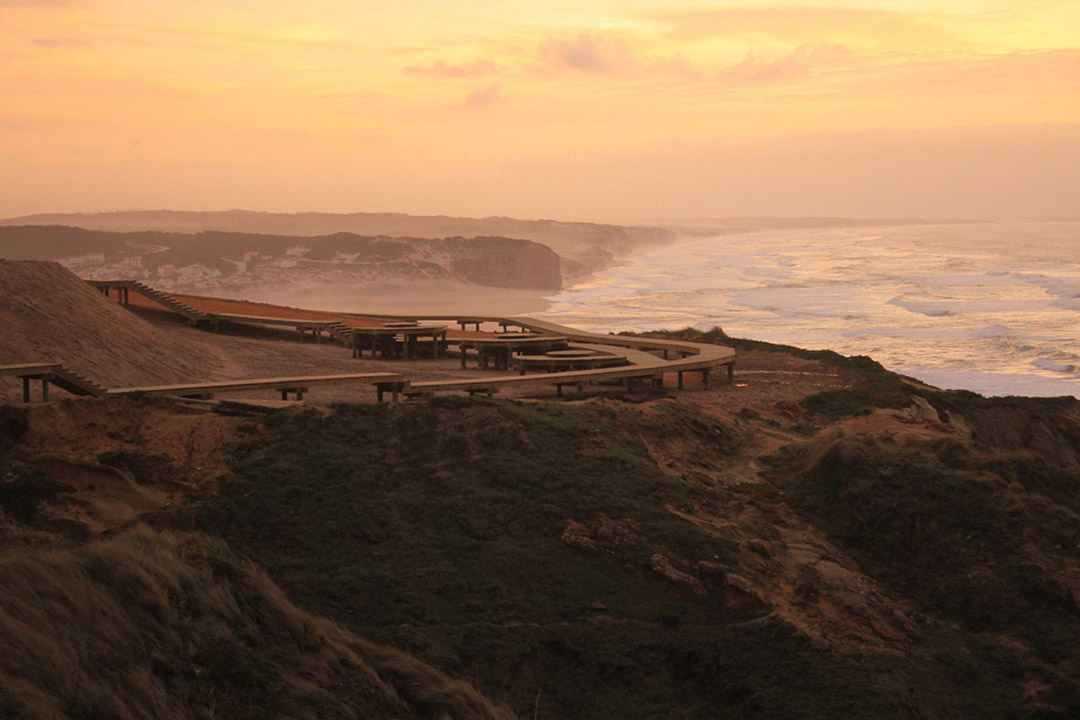 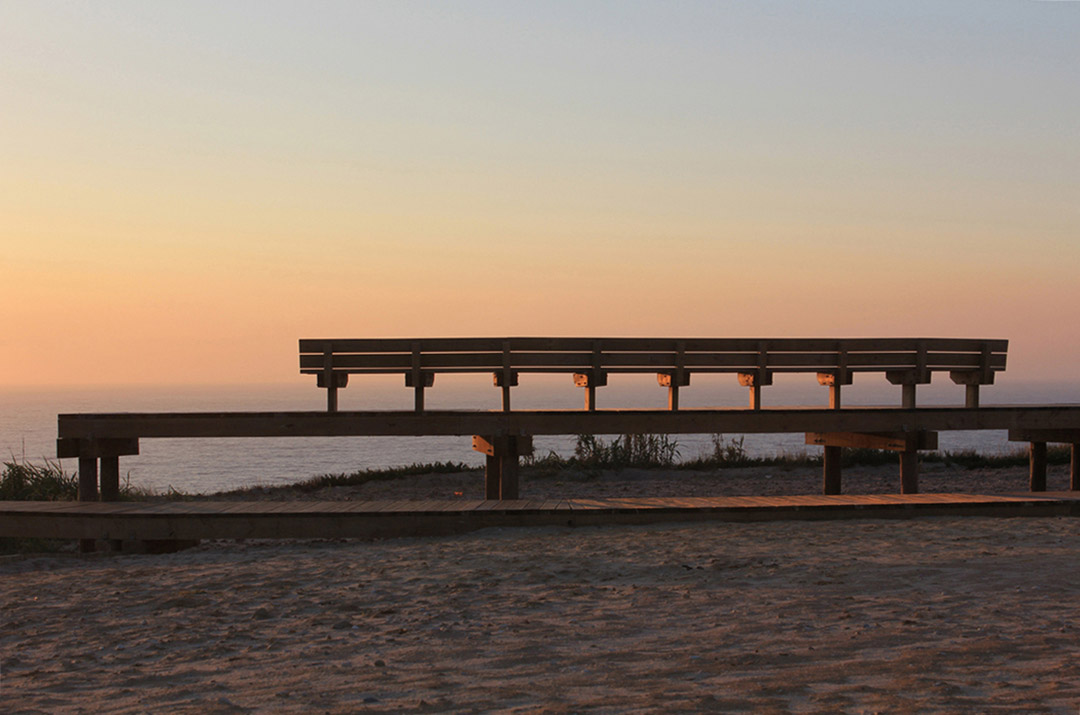 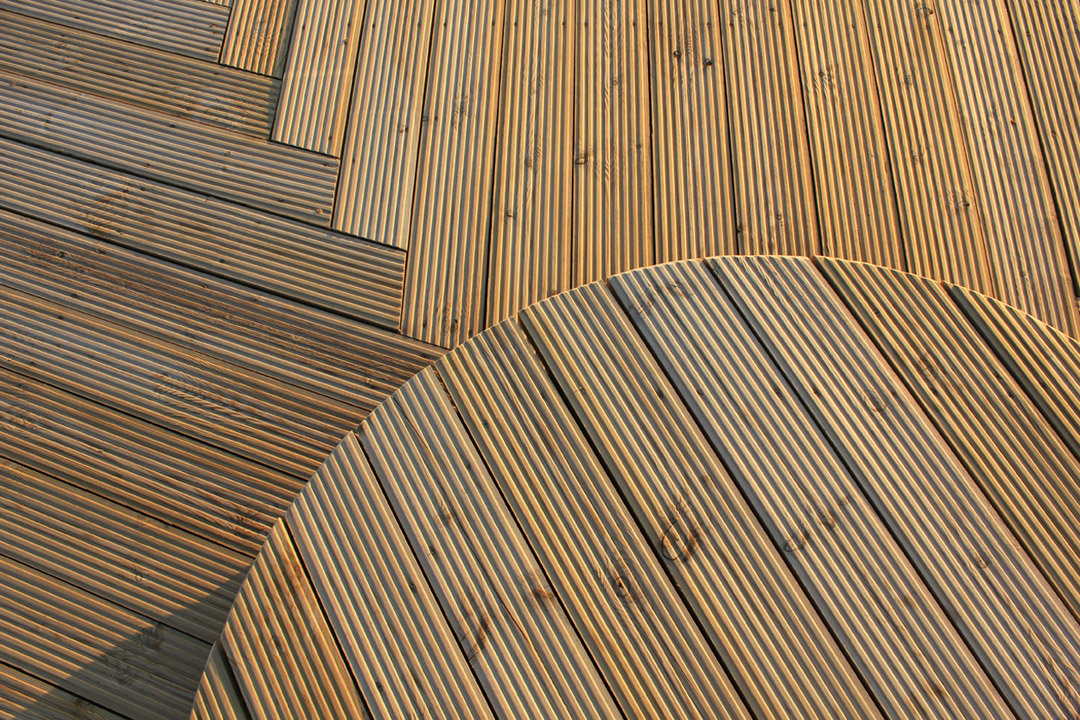 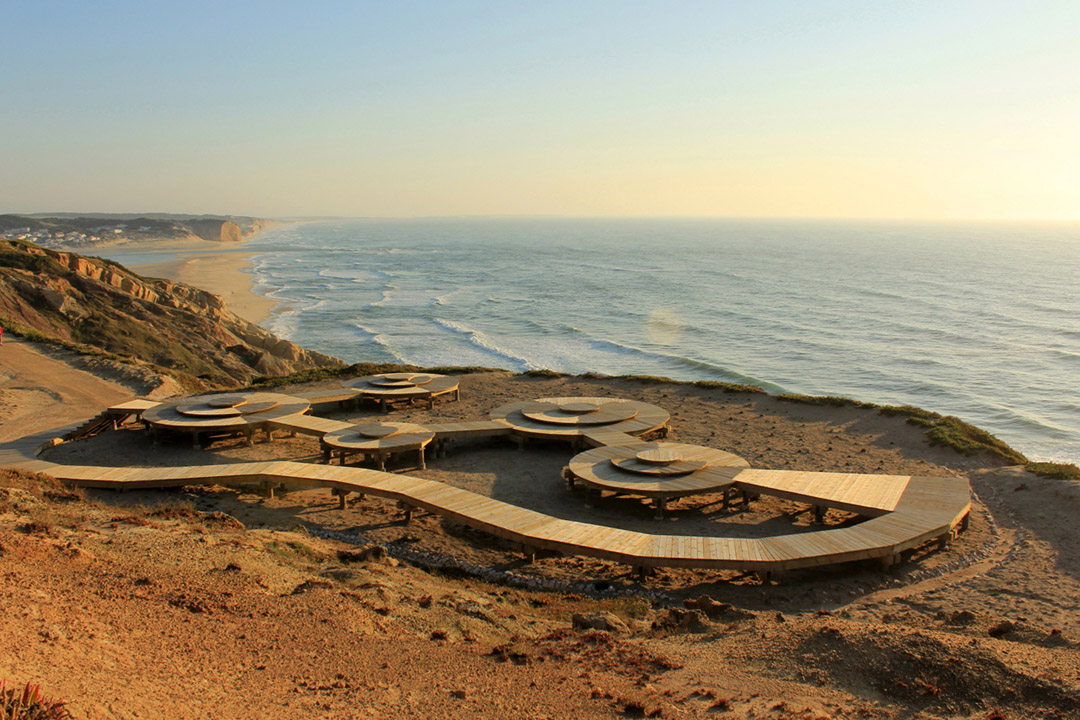 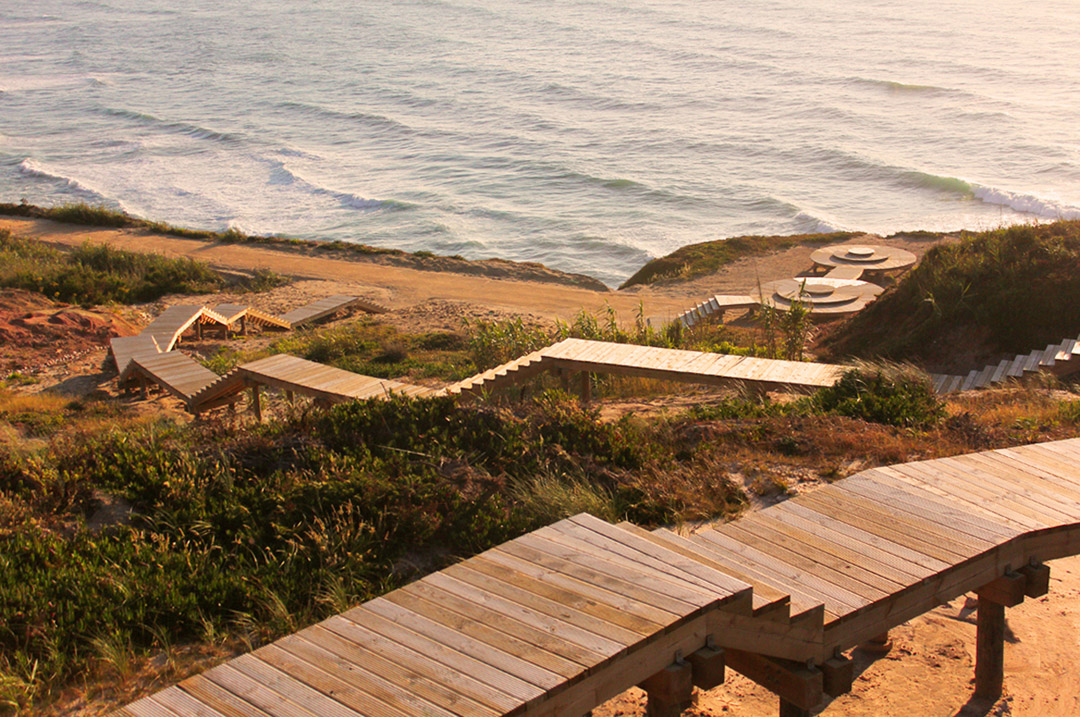 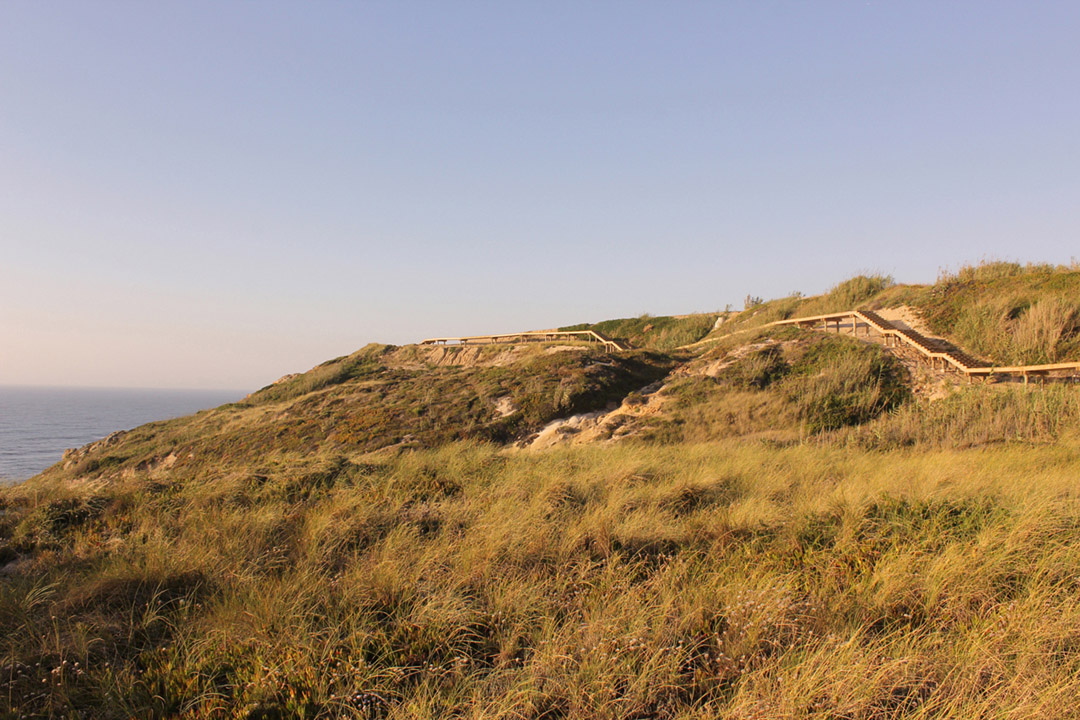 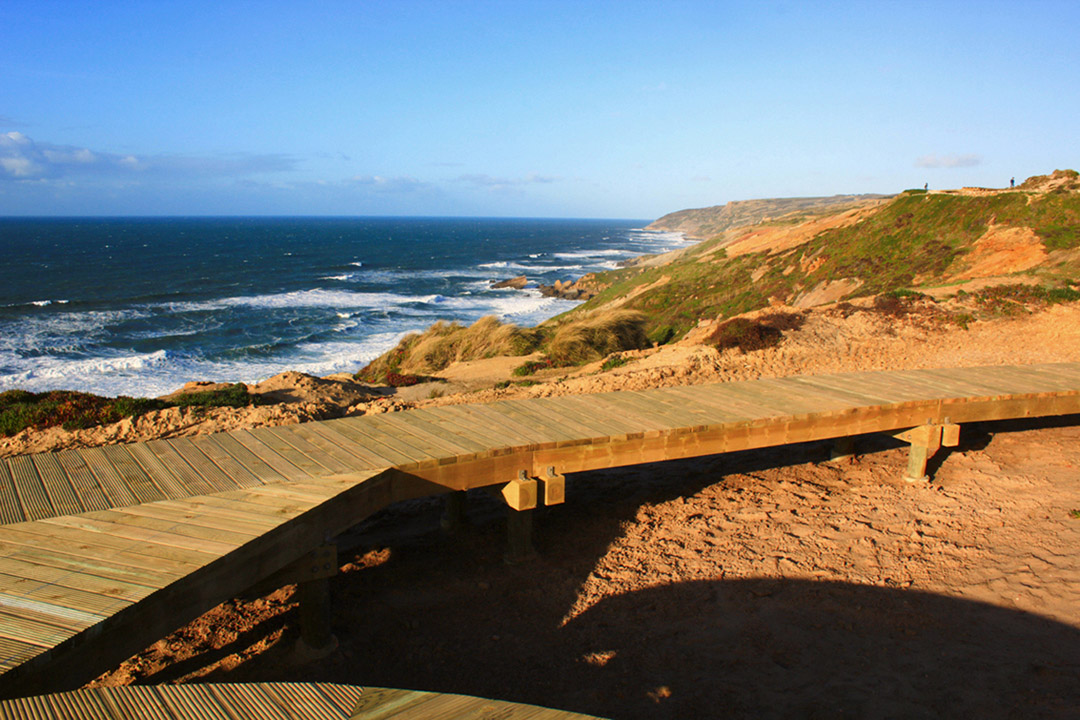 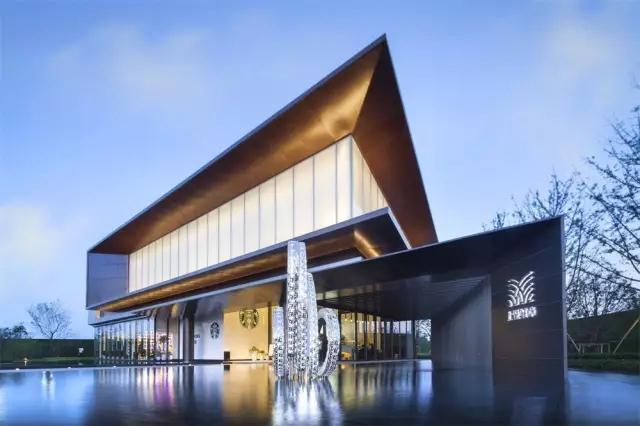 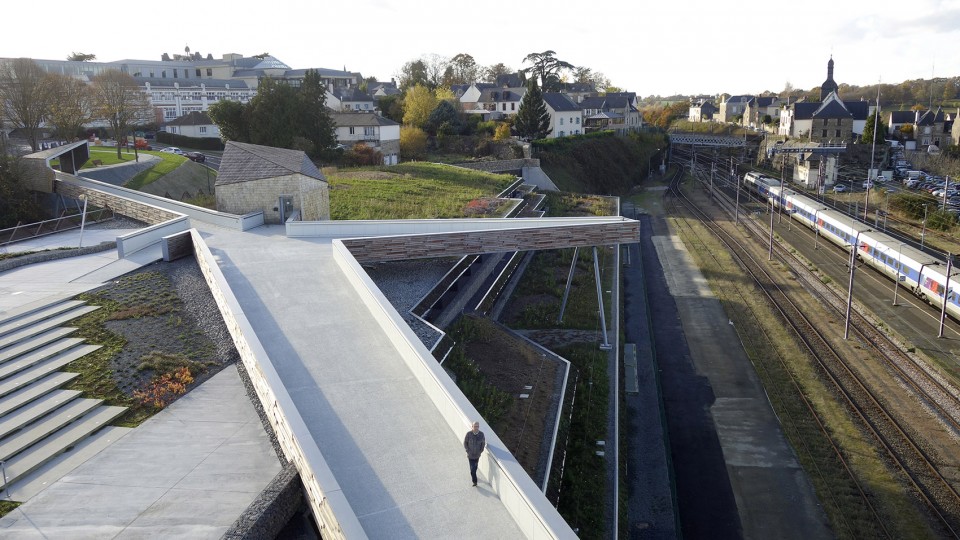