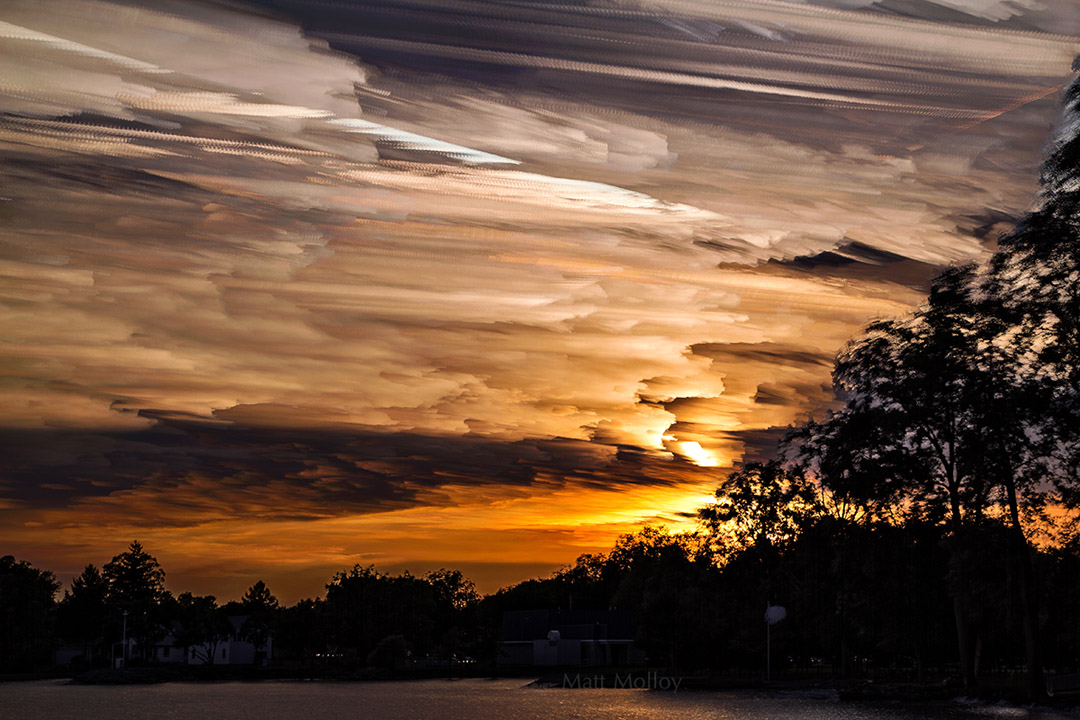 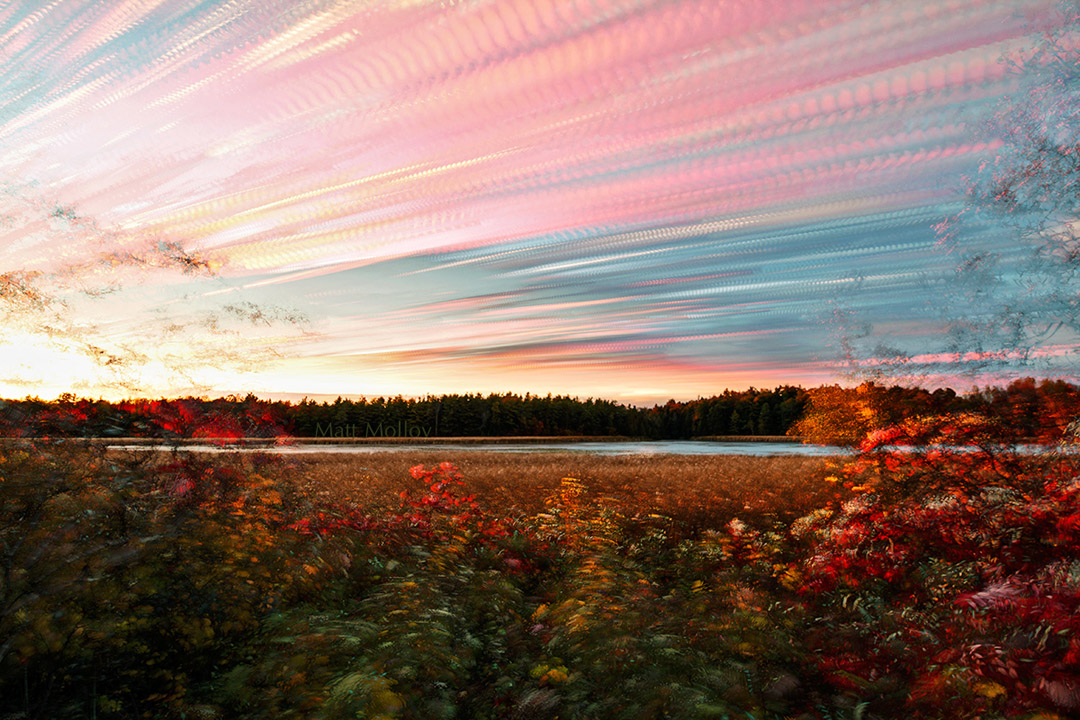 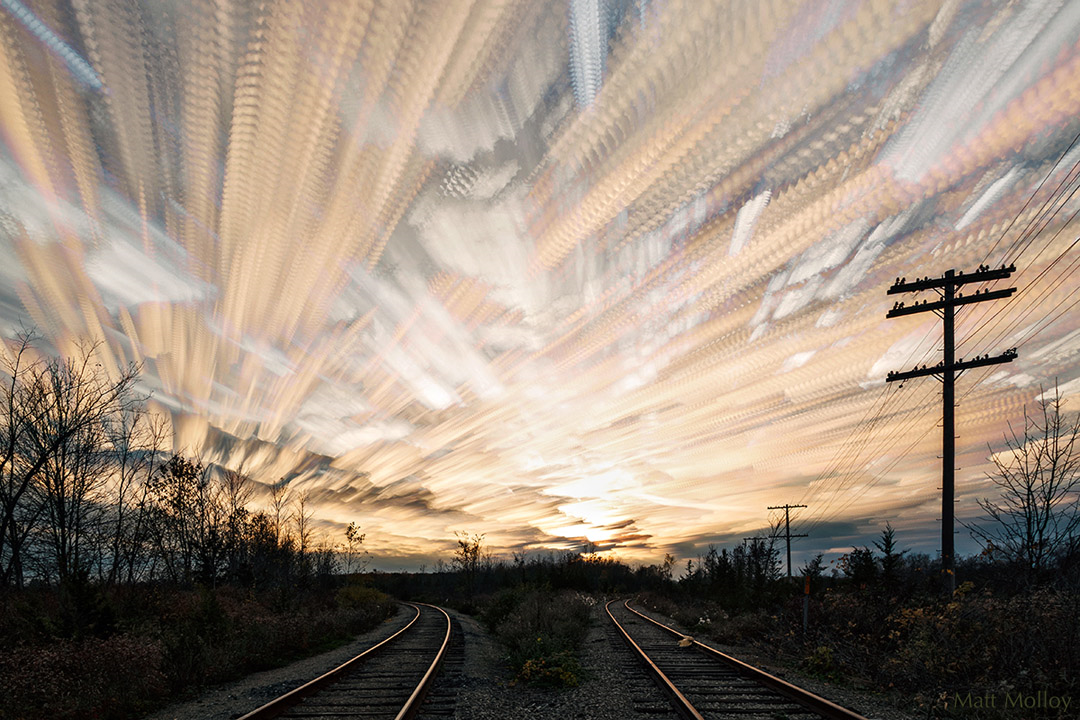 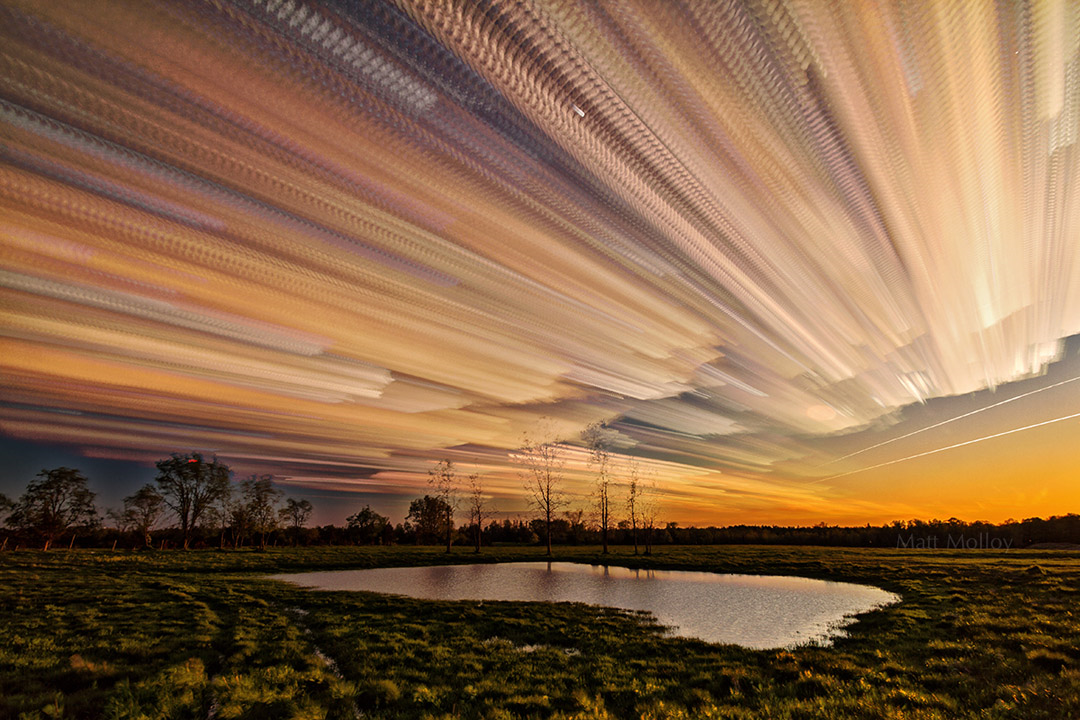 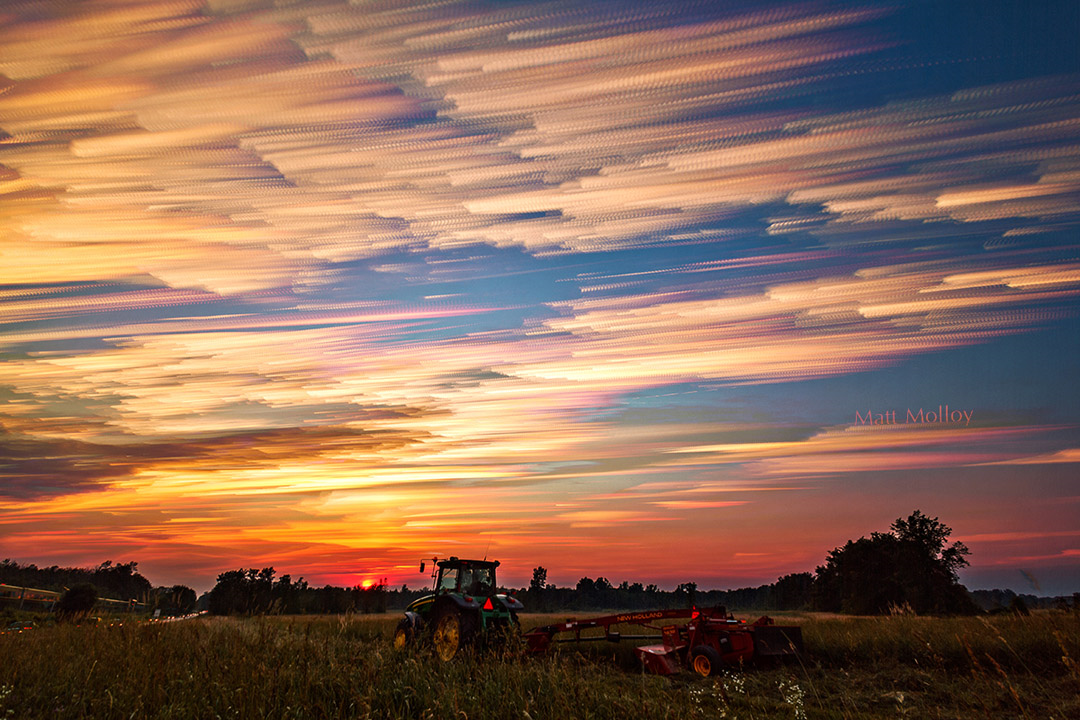 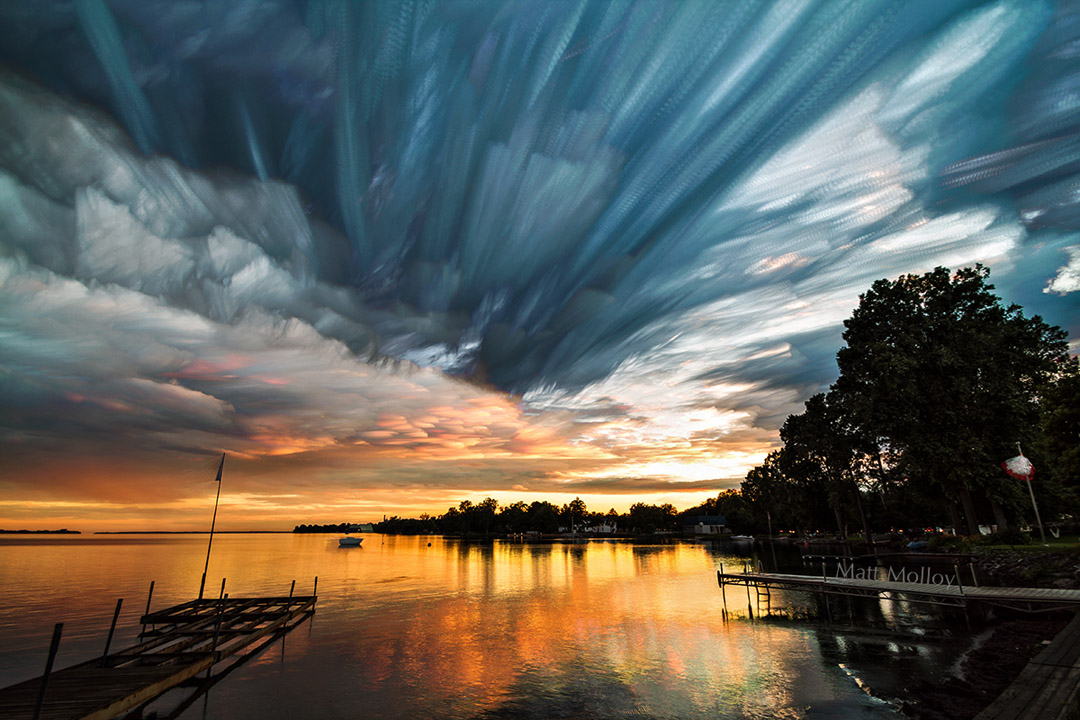 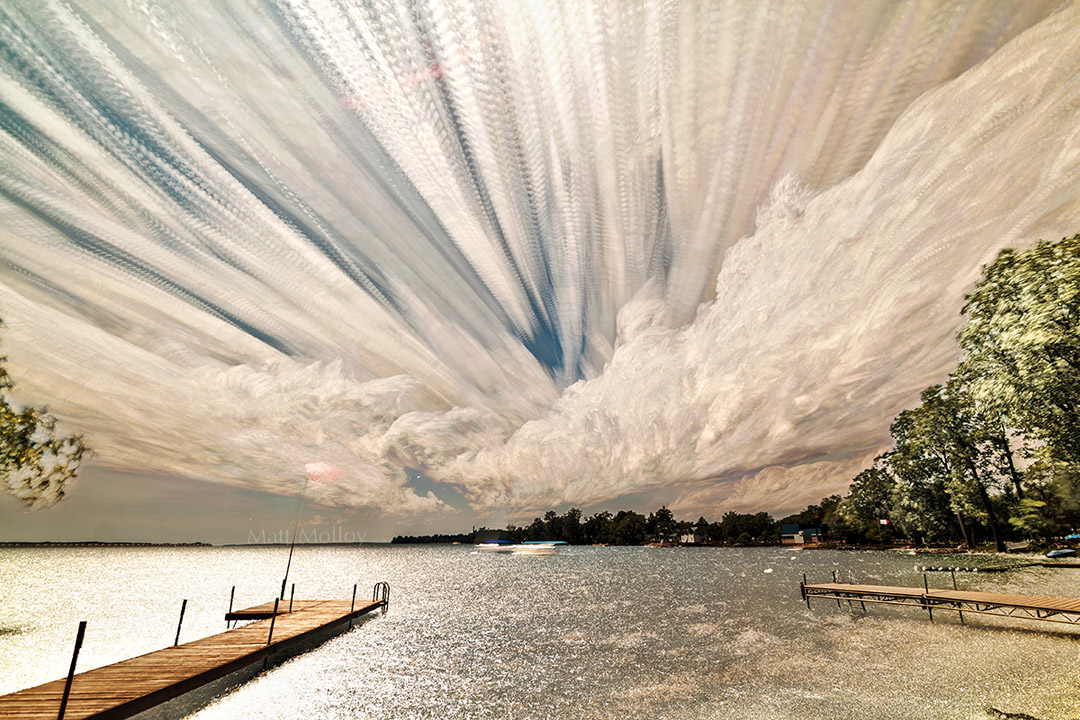 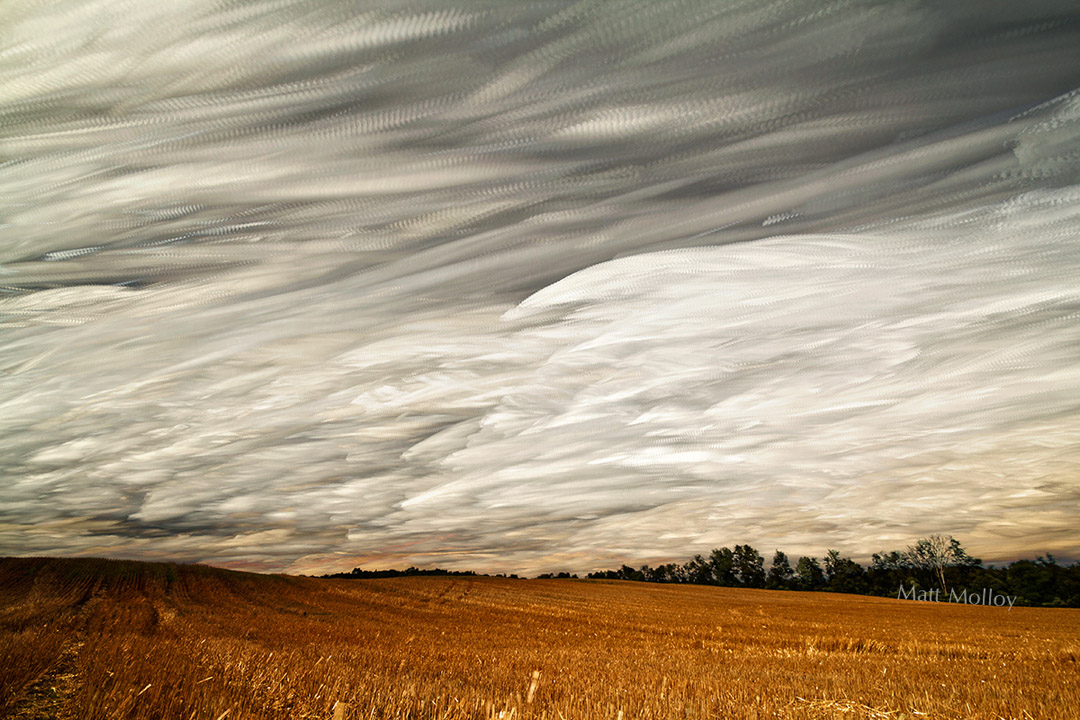 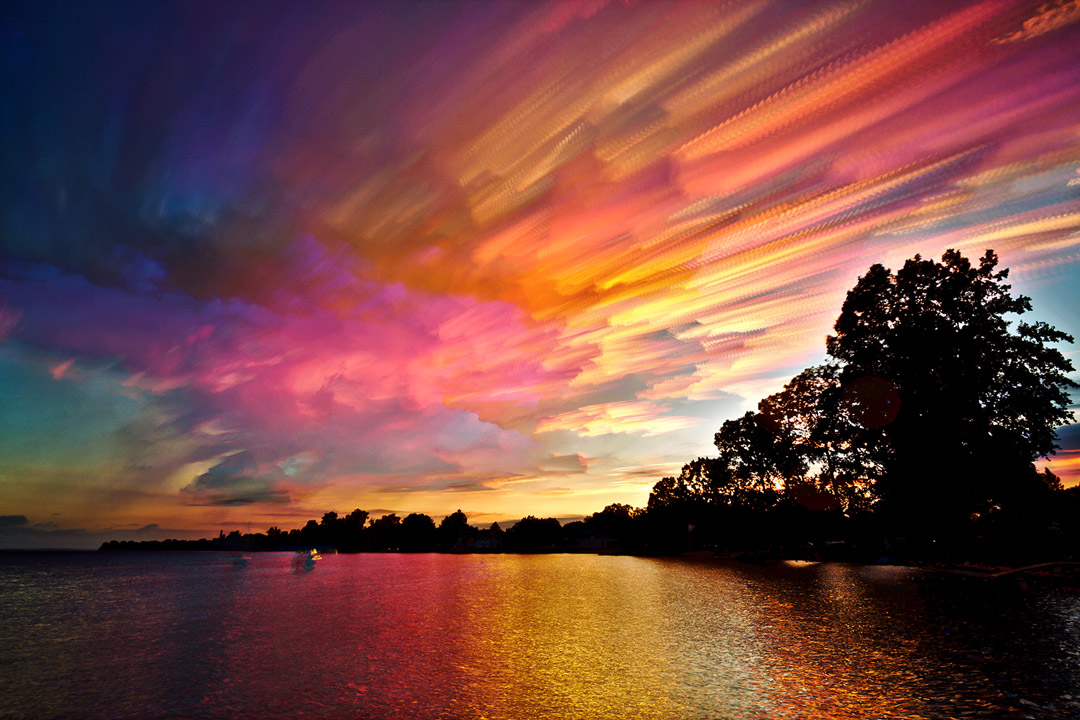 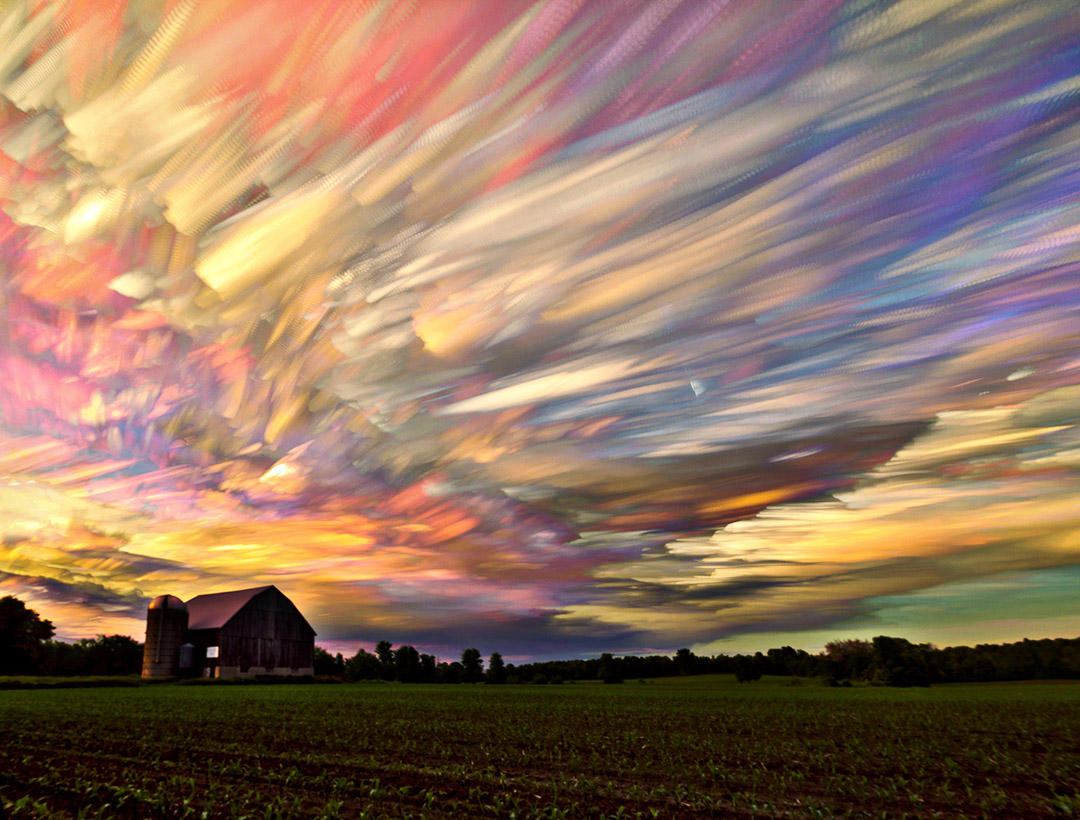 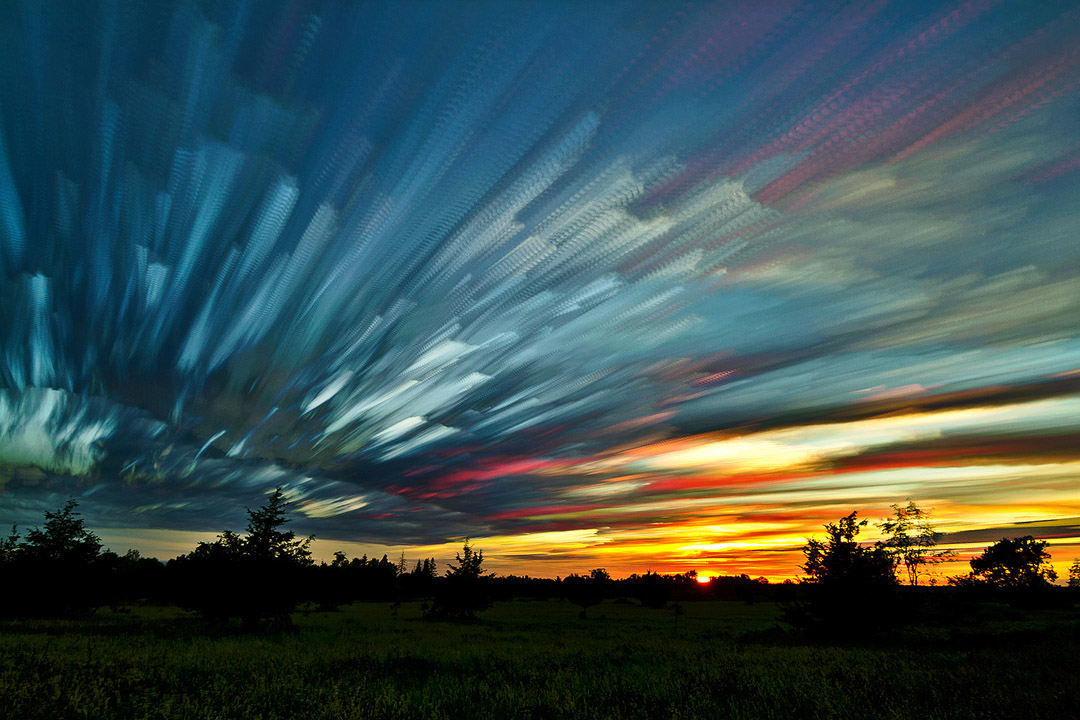 Matt Molloy is a 28 year old Canadian with a diploma in graphic design who loves most forms of art. He makes his own music, plays guitar and
drums, but he will try to play any instrument he can get his hands on. He likes to draw, paint, and experiment with new art forms. Most recently
his favorite form of art is photography, more specifically, timelapse photography. Growing up in a small town gave him an interest in nature early
in life, and that interest still shows in his photos. He now lives on the shore of Lake Ontario, in another small town with a great view of thew
sunset which he timelapes every chance he gets.

Recently, Matt developed a new photographic processing technique using timelapse photos he calls “Timestacks”. Many of these digital art
pieces have gained him considerable recognition in the world of photography. He’s been featured on many internet blogs in a variety of
different languages, including Colossal, Peta Pixel and My Modern Met. Matt has also been featured in several magazines, Digital Photo
magazine (USA and Germany) Digital Photographer (UK) and MISC (world Wide) to name a few. His timelapse photography has appeared on
Discovery channel’s Daily Planet and National Geographic’s Untamed Americas. 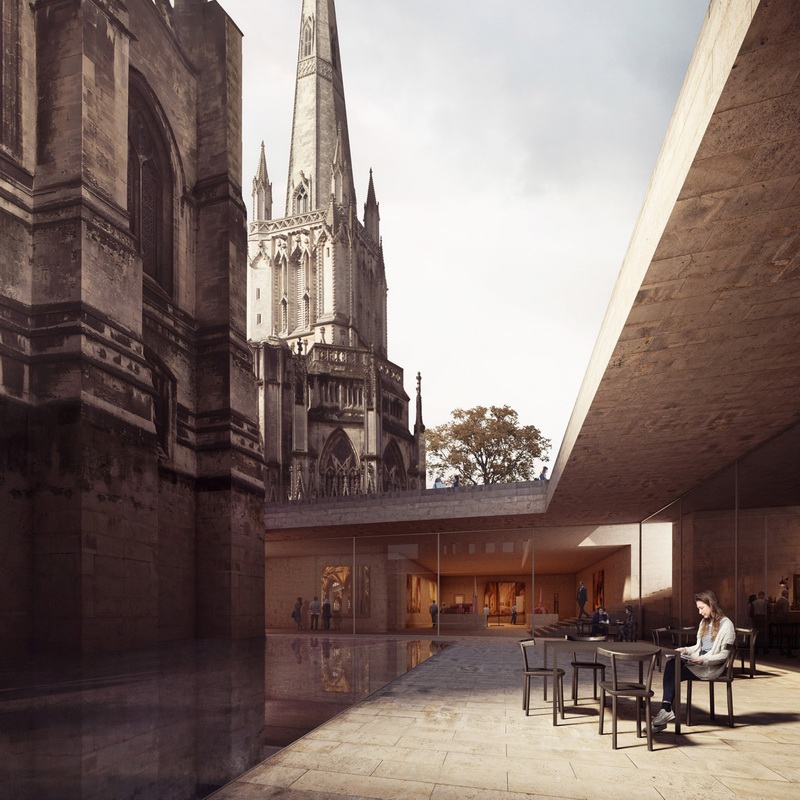