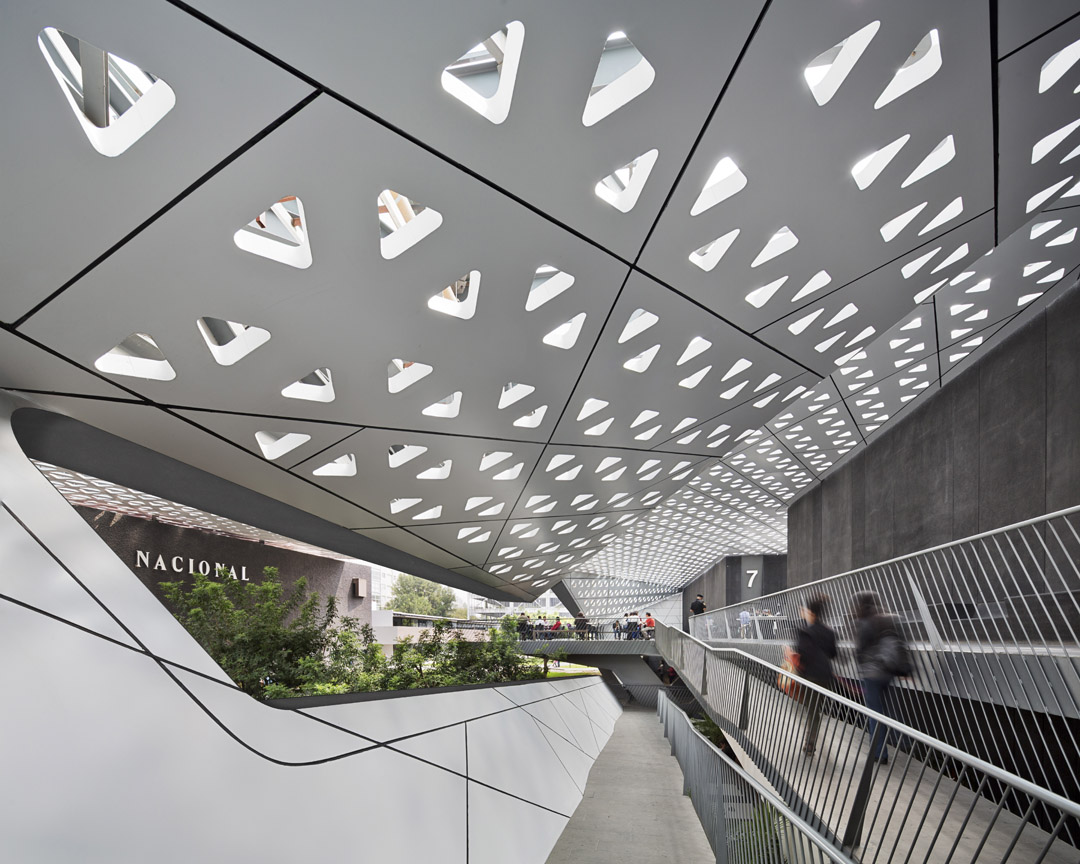 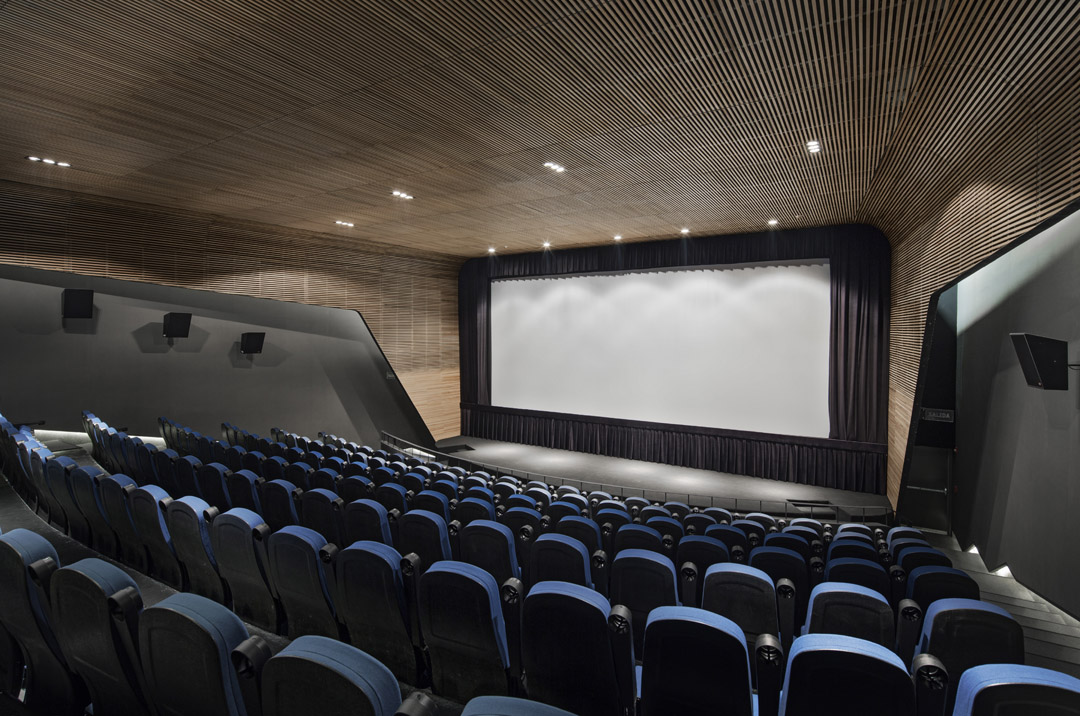 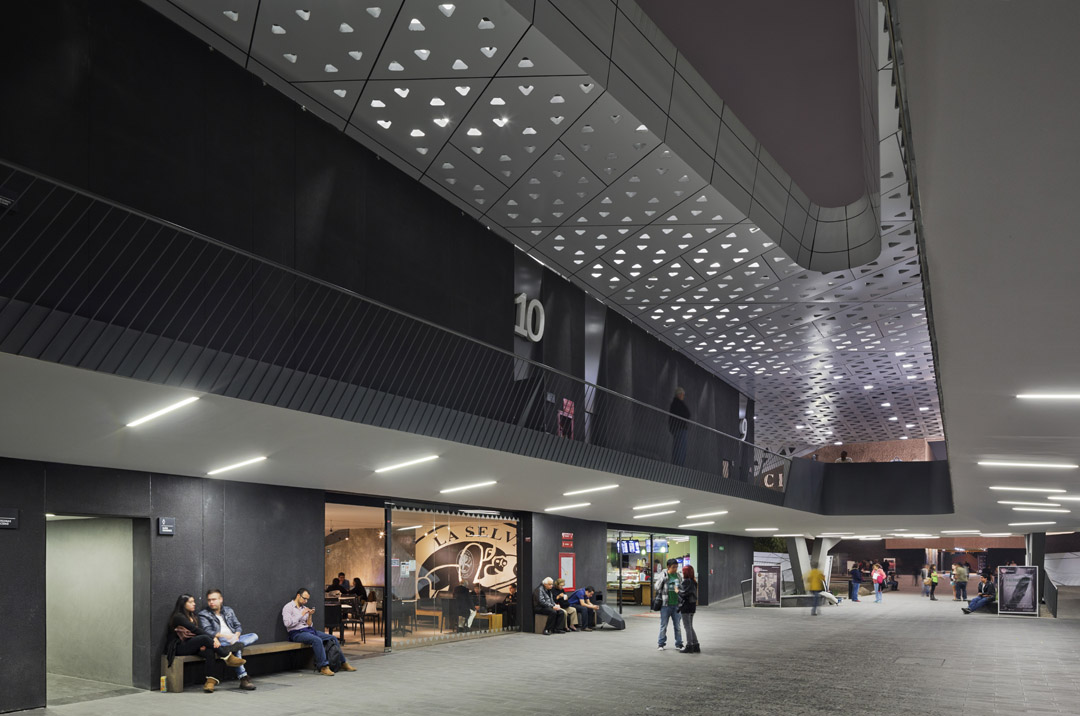 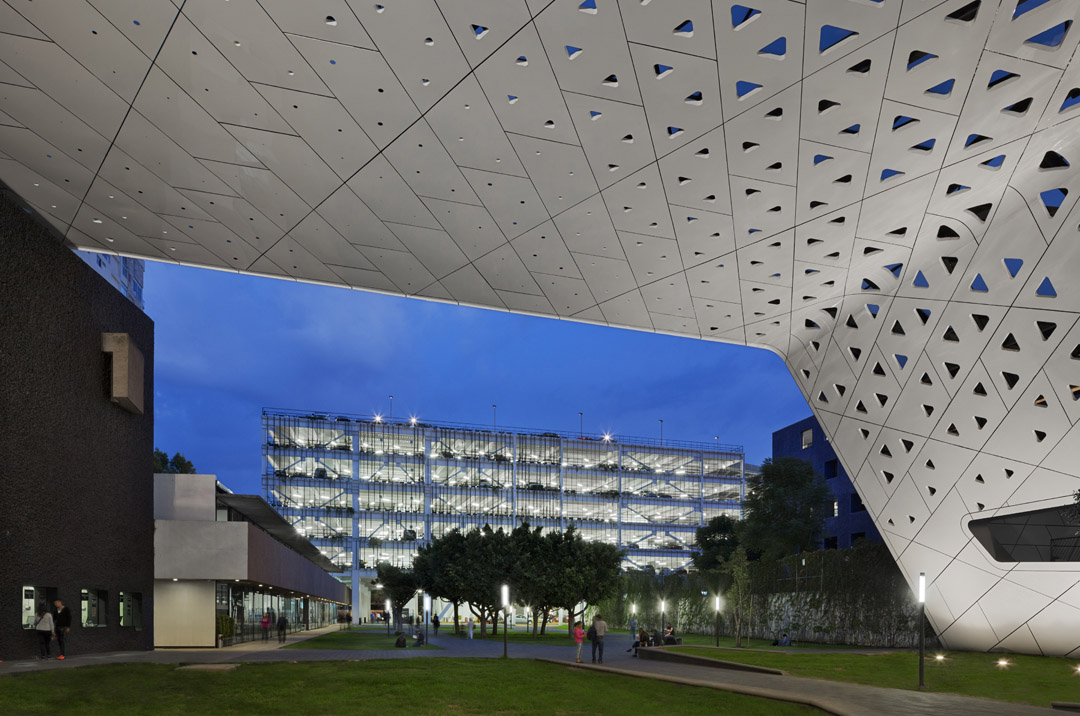 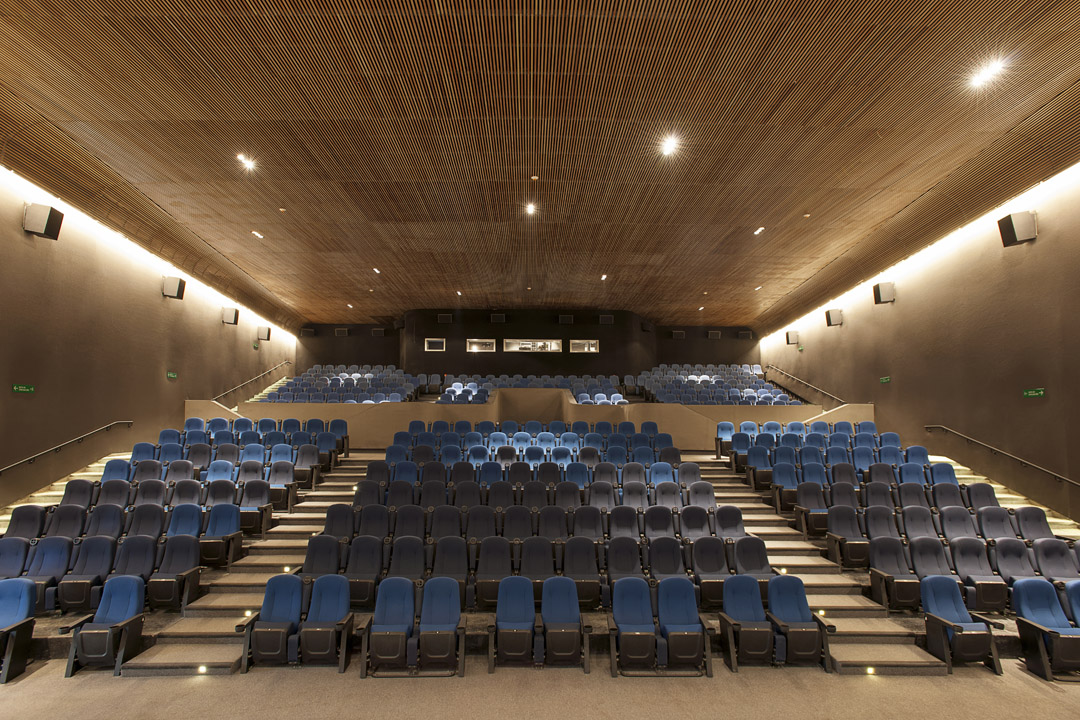 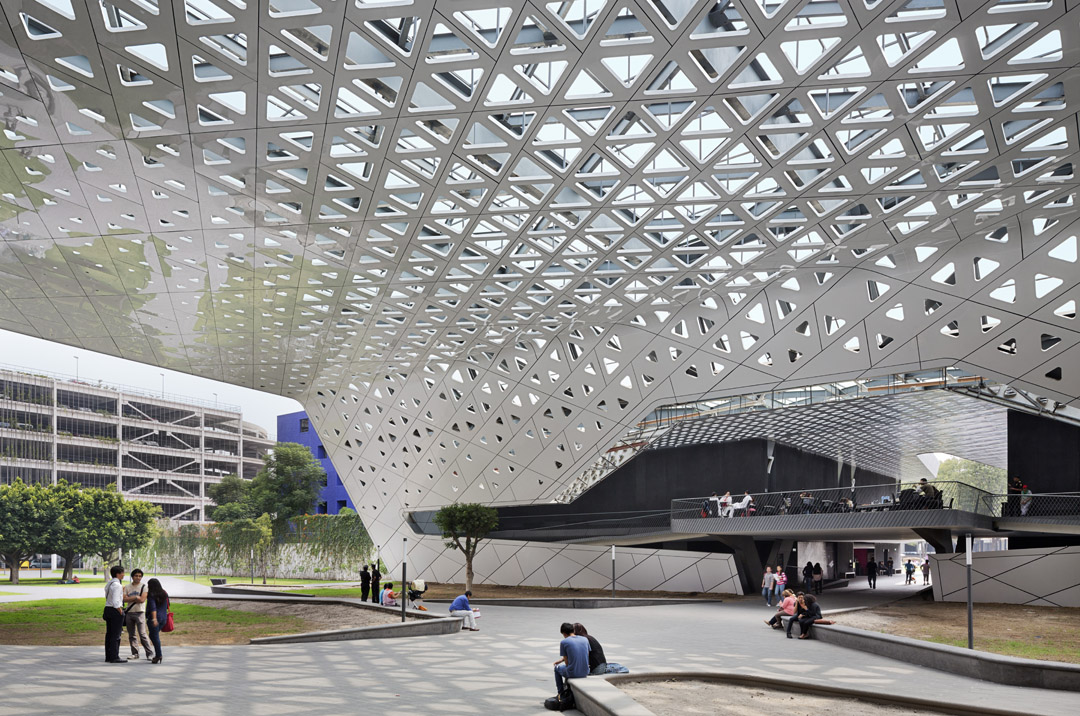 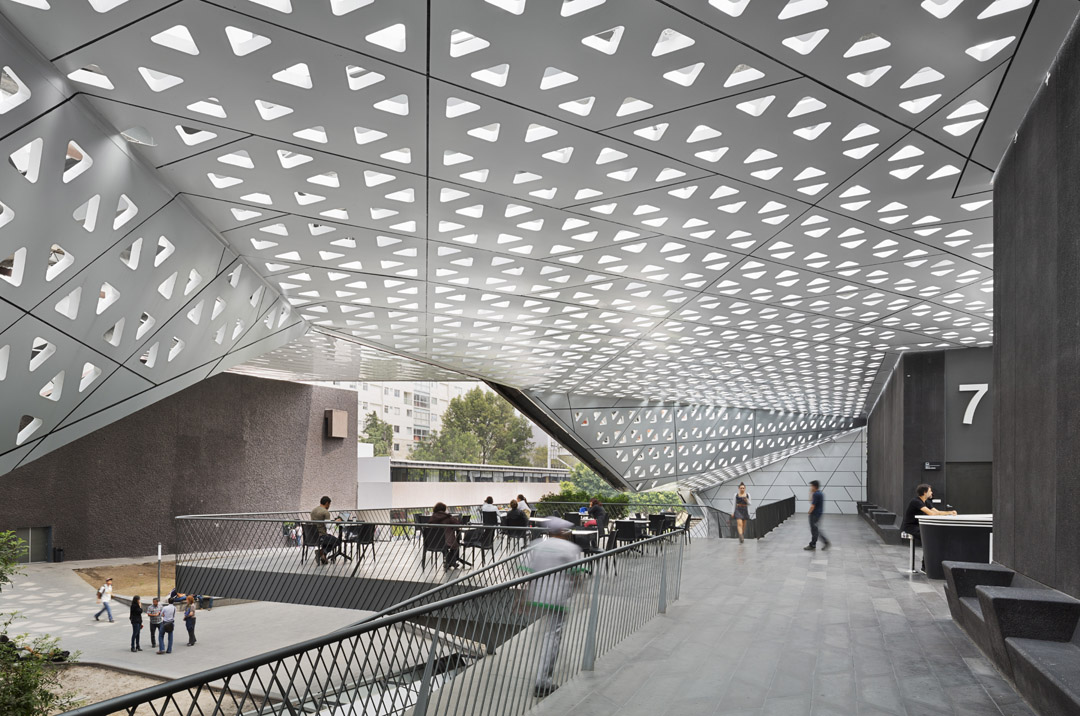 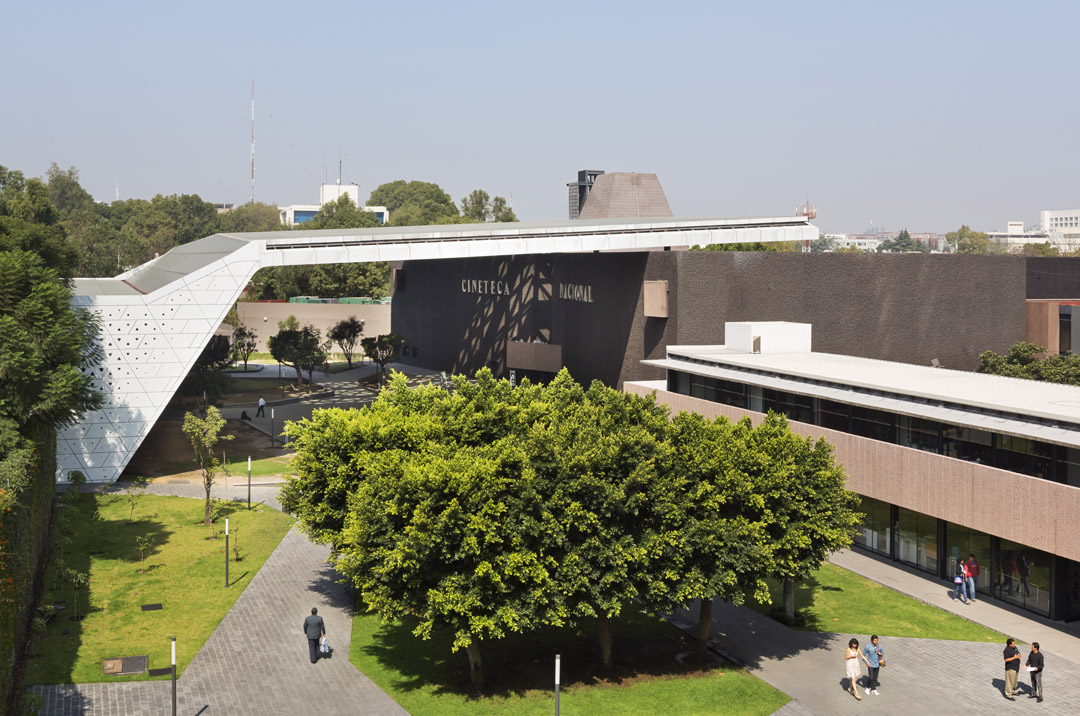 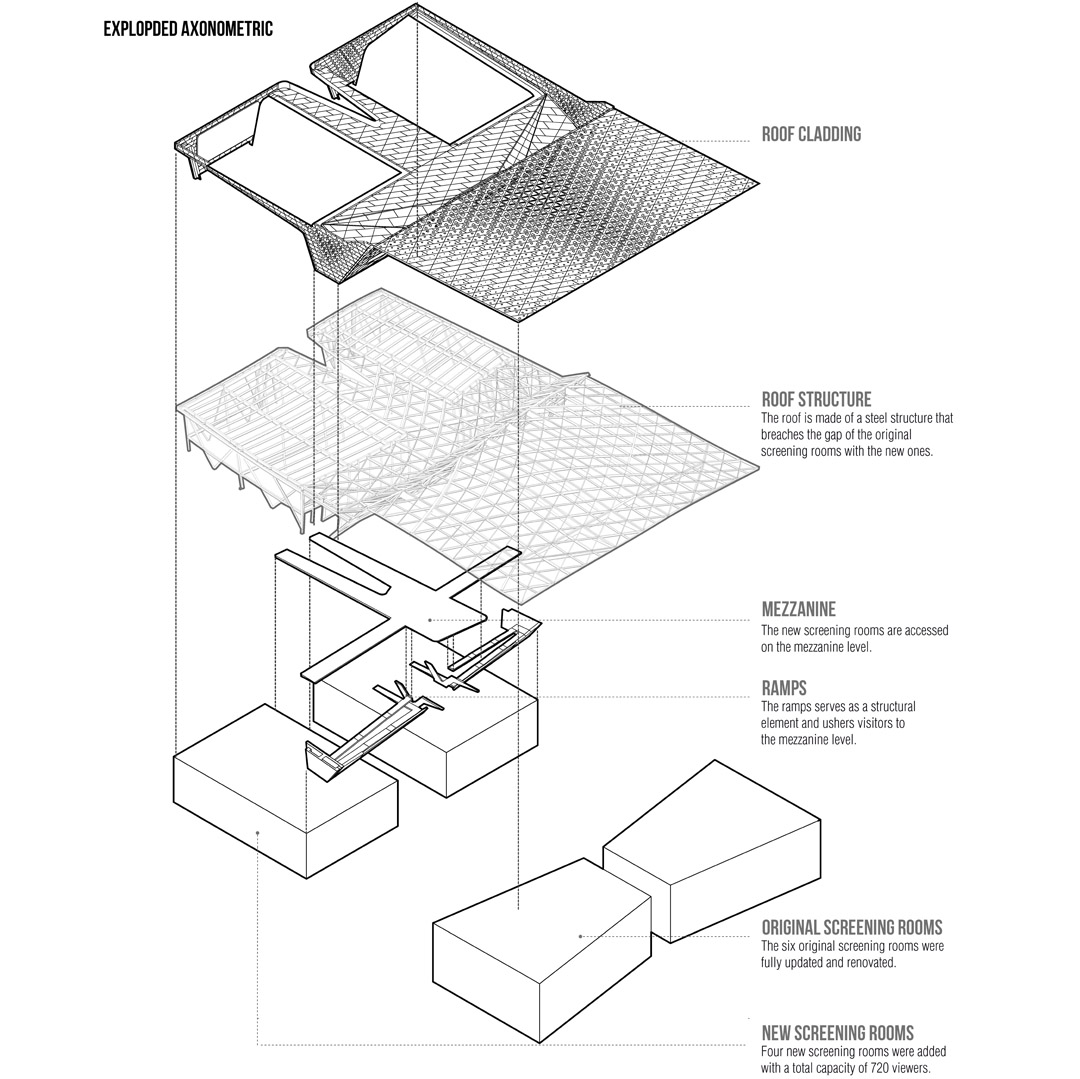 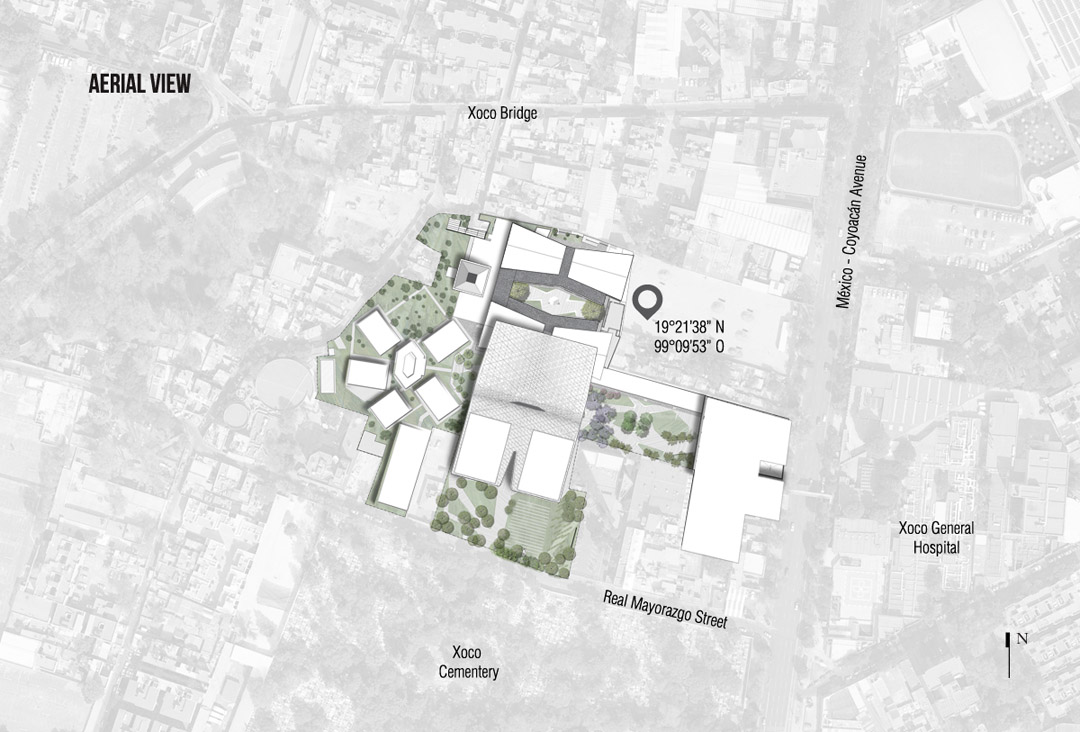 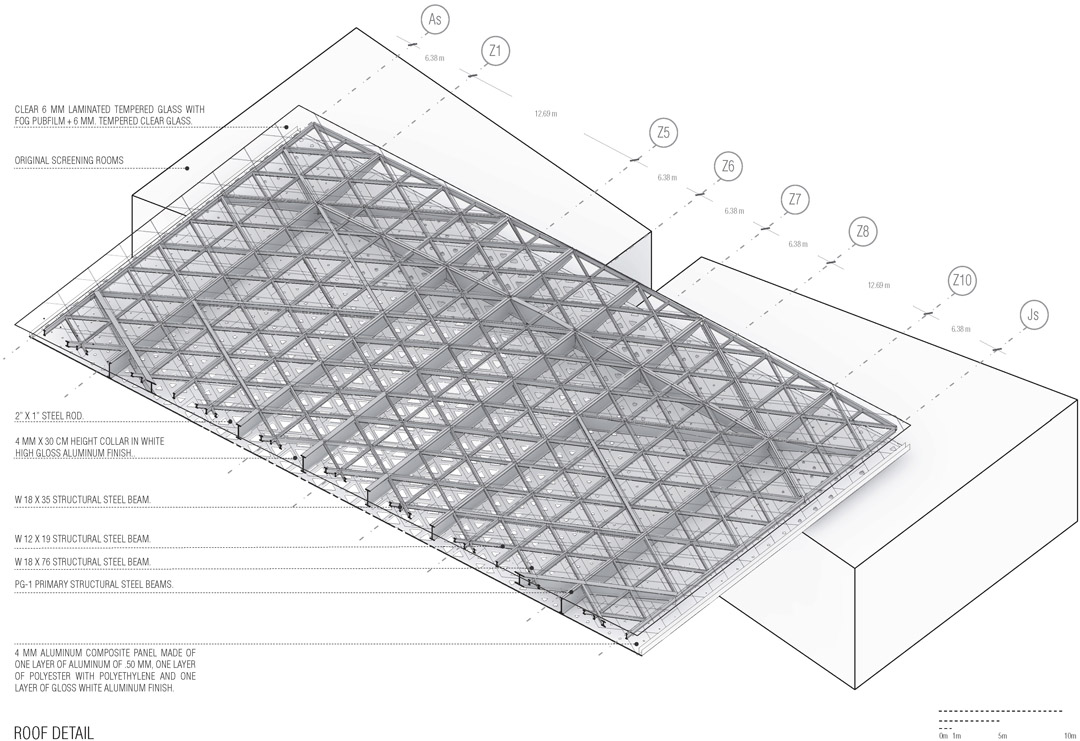 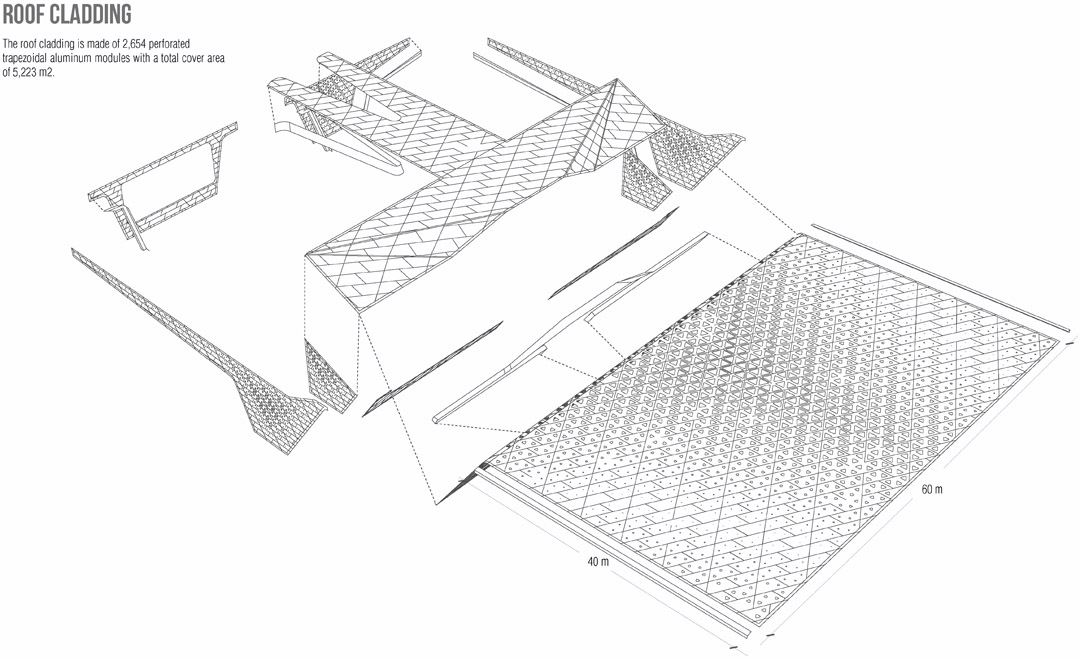 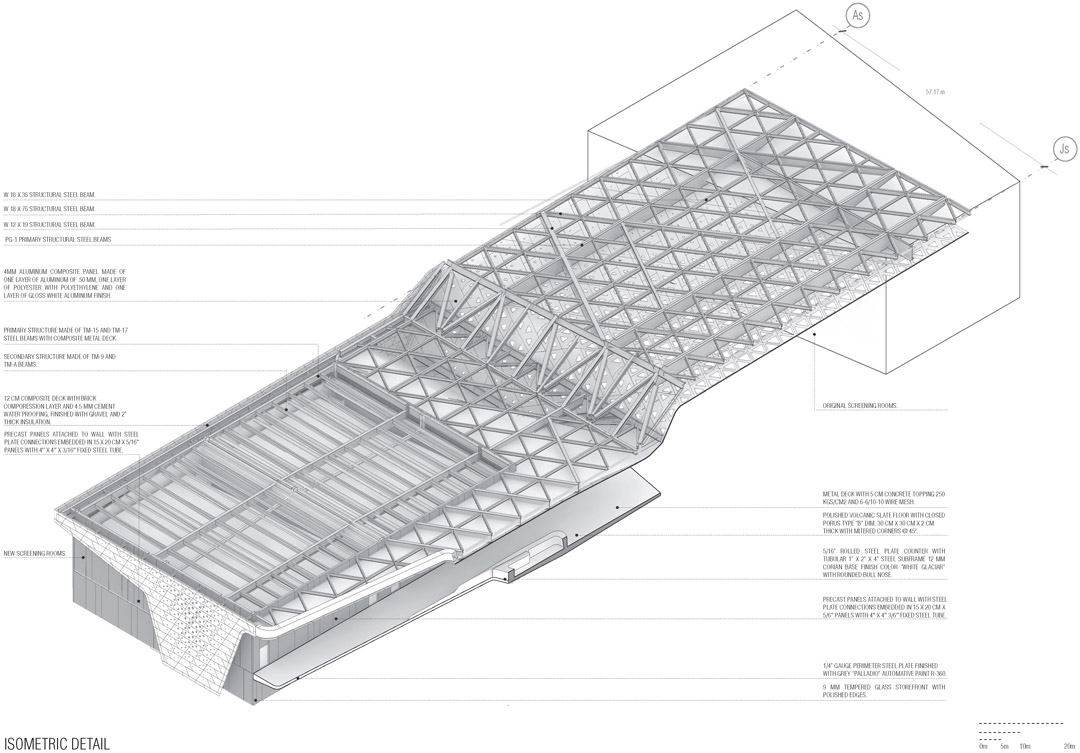 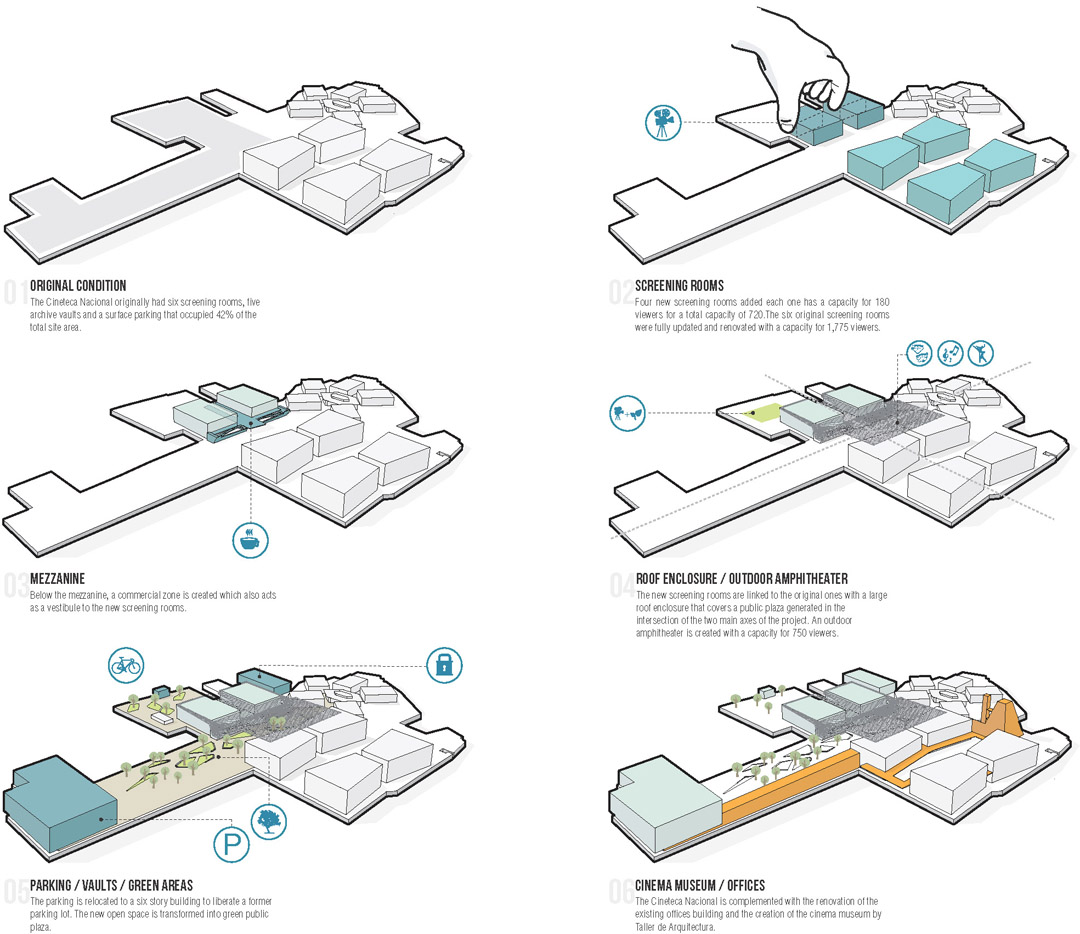 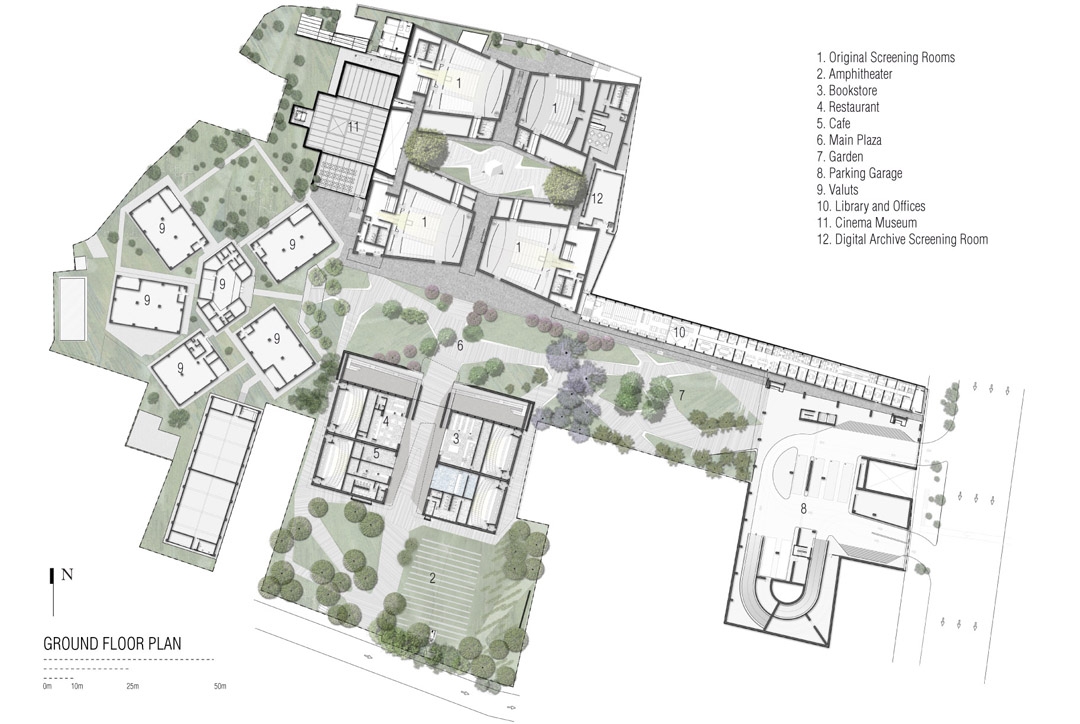 Since its reopening, the Cineteca Nacional Siglo XXI attendance numbers continue to surprise with a otal of 806,803 viewers in 2013 -an increase of 29.22% compared to the previous year and with 1,287 more movies screened-.

A 10-month construction schedule set by political times put the construction team in a fast track mode to finish the project before President Felipe Calderón left office in December 2012. As a result, some aspects of the project were postponed or canceled in order to get it done in time for an official ceremony. Luckily, and not common in projects that transcend from one administration to the another in Mexico, the new government administration has committed to finishing the work according to the original design and see the project come to its full completion. The work is expected to be completed by the end of the summer.

Even though the project is not fully executed, the design team is enthusiastic about how it has already changed the community. “It’s a very democratic, ver y social space,” says Gerardo Salinas partner at Rojkind Arquitectos. “When we proposed this idea originally, the government authorities were very doubtful that areas like the outdoor amphitheater could be used by ever yone—affluent people as well as people with less resources.” But that is precisely what has happened, he says.

Located in the southern quadrant of Mexico City, the National Film Archive and Film Institute of Mexico is home to the most important film heritage of Latin America. Its campus occupied an underutilized site of considerable dimensions within the strangled town of Xoco. This historic town, once surrounded by agricultural land, now sits deep within the urban sprawl and faces extinction due to economic and political pressures from developers and municipal authorities which covet its privileged location.

The existing complex dated from 1982, when a fire destroyed part of the campus and most of its archive, and was a “temporar y” facility never well suited for its purpose. Additionally, thousands of people cross the grounds daily as they walked to and from one of the city’s nearby metro station, Estación Metro Coyoacan.

Facing total renewal, Cineteca’s original project brief included the expansion and renovation of the existing complex incorporating additional vault space and four more screening rooms. But in response to the immediate urban condition, additional restorative work needed to be done to reclaim part of the site as public space, give relief to the dense new-developmentfilled surroundings of Xoco and accommodate the constant flow of pedestrians and casual visitors.

First, surface parking was consolidated into a six stor y structure freeing 40% of the site. Then the pedestrian friendly “back entrance”, located across the street from the historic town’s cemetery, was reactivated –70% of Cineteca patrons use public transportation and arrive by foot–.

The axes intersection became a new 80m x 40m public plaza sheltered from the weather by a hovering canopy connecting the existing complex with the new screening rooms. Clad in composite aluminum panels, with varied size triangular perforations, the roof structure wraps around the new screening rooms and becomes their fa?ade. The sheltered space functions as the foyer for the old and new screening rooms and can
accommodate additional program options such as concerts, theater, exhibitions, etc. “We didn’t want it to feel like you’re in the lobby of a
commercial cinema, we wanted it to feel more like a university campus, with everything floating in a park” says design principal Michel Rojkind.

An outdoor amphitheater, extensive landscaping and new retail spaces were added to the original program expanding the possibilities for social and cultural interaction and exchanges, and giving the complex a university campus feel.

The new screening rooms seat 180 each and the existing screening rooms were updated with current technology. Overall the complex can now seat 2,495 visitors in indoor theaters. The outdoor amphitheater has a 750-person capacity. Two new film vaults were also added to the site, increasing Cineteca’s archive capacity by 50,000 reels of film. Parking capacity was also increased by 25% to a total of 528 cars.

The thousands of people that use the grounds everyday now find welcoming unrestricted public space: commuters still walk back and forth across the campus in the morning and evening, medical staff from a nearby hospital stop by to eat their lunches at noon, students hang out at the park in the afternoon, and moviegoers attend free outdoor events in the evening. The added amenities have turned the campus into a favorite gathering space not only for moviegoers but also for Xoco residents and workers who have appropriated the space as if it were their
backyard.